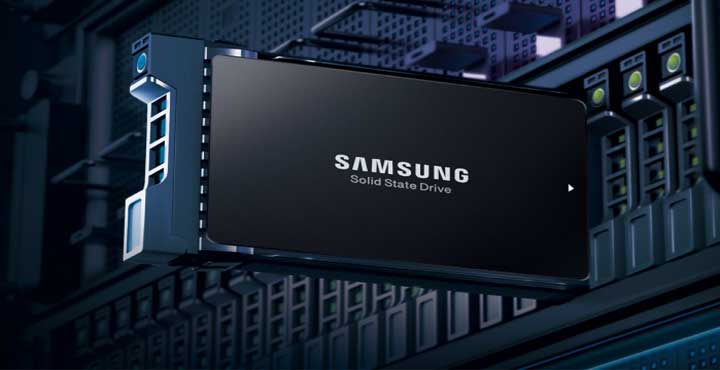 SSDs are known for their mind-blowing transfer speeds and reliability. Moreover, they are non-mechanical making them shock resistant and less prone to physical damages. They use less power as they don’t have moving parts, which equates to better battery life.

These benefits make, SSDs an ideal choice for portable computing devices like notebooks and laptop PCs. However, the cost per unit of storage space in SSDs is still higher than the traditional mechanical drives, but this is also coming down as SSDs are now comparable in price to HDD, if you are willing to compromise a bit on storage space.

However, there are many myths surrounding the lifespan of a solid state drive or SSD, like they have a short life compared to a Hard Disk drive. This was true in the initial days of Solid State Tech but recent innovations have made SSDs almost comparable to Mechanical drives if we talk about their lifespans.

In fact, a traditional Hard Disk drive is prone to physical damages as it has moving parts like a spindle motor for rotating the disk platters and read/write head which moves back and forth to read or write the data.

SSDs on the other hand, have no moving parts but they have other issues like Write Wear and Cell death.

How long would your SSD really last?

An SSD uses microscopic NAND cells which are arranged side by side and then stacked like sheets of papers creating a 3D structure with billions of NAND cells. The data is written or erased by charging or discharging these individual cells or gates. The age and lifespan of your SSD depends on the collective state of these individual cells.

The NAND gates or cells used in the SSDs have a finite charge and discharge cycle, also known as Program Erase (P/E) cycle in technical jargon. With each Program/Erase operation, the NAND cell traps some unwanted electrons, ultimately reaching a state when it cannot be charged or discharged any further. This is called Cell Death or Write wear in technical terms.

So, Write Wear is the only thing which would ultimately kill your SSD, apart from physical damage. Most of the modern SSD makers offer a P/E cycle between 10000 to 100000 cycles per cell. A NAND cell won’t save data after finishing its P/E cycles and most of the manufacturers offer a Warranty Period keeping this P/E cycle in mind.

The standard Warranty Period offered by most SSD manufacturers is 5 years with the added condition that the total amount of data written, should not exceed the Write Limit set by the manufacturer.

RELATED: How to Check If your Laptop has an SSD or a Hard disk Drive

The Write Limit is basically the amount of data which you can write to an SSD, before a significant percentage of the NAND cells become un-writable and die. Most of the SSD manufacturers define Write Limits or Endurance of the SSD using one of the following two terms.

1. TBW which stands for Terabytes Written

TBW or Terabytes Written, is the total amount of data which can be reliably written on an SSD. If a 1TB SSD has a TBW of 500TB then you can write a total of 500TB of data. After reaching this 500 TB threshold or write limit, your SSD may have a significant portion of dead NAND cells making it unreliable and prone to data loss.

If your SSD has a Warranty period of 5 years and an Endurance Rating or TBW of 500 TBW, then you can write ~ 100TB of data every year for the next five years till your warranty ends. This equates to 8.3TB per month and roughly 250 GB of data every day.

This is the Write Limit covered by the Warranty. If you consume this entire 500 TBW before 5 years and your drive becomes unreliable then your manufacturer won’t repair or replace your SSD under warranty.

This limit is quite adequate for most users and a normal usage would never consume this amount of data. Your SSD should easily work for 8-10 years or even more, If you keep your consumption less than 50% of the daily limit of data.

Moreover, due to SSD architecture an SSD with higher capacity generally has a higher TBW, allowing you to write more data per day.

2. DWPD Or Drive Writes Per Day

DWPD is another rating method for measuring the endurance of your SSD. Device manufacturers mostly prefer TBW but they may also use DWPD as an Endurance rating.

Monitoring for Write Wear or Data Written in your SSD

SSD manufacturers like Intel, Samsung, Crucial, Western Digital and others provide software for monitoring the health and the Write Wear of your SSD. You can download the software from their official website.

If you have an SSD from Samsung then you can download Samsung Magician.

Your SSD chip keeps a track of various indicators like Total amount of Data Written, TRIM status, Over Provisioning, and Drive health or Write Wear. These specialized software from their manufacturers can access this information for you and display it in a graphical user interface.

Moreover, Windows also has a command to check the write wear of your SSD. Open Windows PowerShell with Administrator privileges.

Type or copy-paste the following command in the PowerShell Window.

It would show a Write Wear value in percentage terms. However, not all SSDs report this value to Windows and in that case it would be blank or show a value of 0.

You should always rely on tools or software provided by your SSD manufacturer to monitor the health and write wear of your SSD.