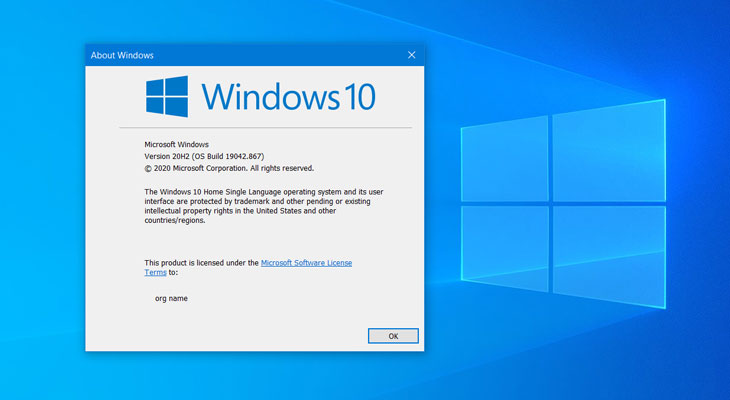 You might also need to know the version number to find out; if it’s time to upgrade to a new version of Windows 10, as you don’t update your PC regularly.

So, if you need to quickly find out the version number of your Windows 10 OS then you can use one of the methods explained below.

This is the quickest method of finding out the version and the build number of Windows 10.

Search for Winver in the taskbar search box. Open the app by clicking on it in the search results.

Alternatively, you can press the Win + R shortcut to open the Run dialog. Enter Winver and press Enter.

The Winver window would show the Windows OS version and build number. It would also show the license information along with the associated email account.

Scroll down in the left panel and click on About.

The About window under Windows specifications heading would list the Version details, OS build and Installation date of the OS.

Use Command Prompt to find the Windows 10 OS Version

The very first line in the Command Prompt window would show you the version number of your Windows 10 OS.