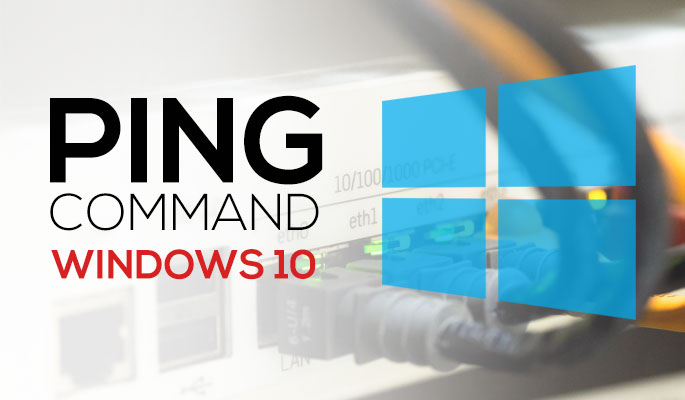 What’s the first thing you do when your PC is unable to connect to the internet? You probably check all the cables and physical connections. If you have a wireless network, you check your wireless router and if everything seems fine you open the browser and enter a web address.

If your web browser is still unable to access the internet then most probably, you blame your internet service provider. But, what if there’s a problem with your browser and not your internet connection?

The Ping command in the Windows PC’s is especially useful in situations like this. You don’t need a browser to check your internet connectivity. You can do it from Command Prompt by using the Ping command.

The ping tool was developed by Mike Muuss in Dec, 1983. He named it after the sound that Sonar makes, since its functionality is analogous to sonar’s echolocation.  Later a backronym Packet InterNet Groper for PING became popular.

Ping tool in Windows PC is accessed from the command prompt. It works by sending small packets of data to a host on the internet and waits for the response from the server or the PC on the other side.

How to use the Ping Command in Windows

Search for Command Prompt in the Start Menu Search Box. Click on Run as Administrator.

After opening the command prompt the first thing you can do is ping your router to check whether your pc can access it. You can ping your router’s loop back address 127.0.0.1 to check it’s status. If you are able to successfully ping 127.0.0.1 without any packet loss then it indicates that the connection between your PC and the router is all right.

Sometimes your internet works fine but you may not be able to access a particular site. You can enter the ping command followed by the url of that site and it would check whether the website responds to the ping requests.

If a website is down or doesn’t respond to ping requests, then you would get a Request Timed Out message in the command prompt along with a confirmation message of 100% data packets loss. In the next screenshot we tried pinging microsoft.com which did not respond to the ping request.

Along with IP it also tells the average time taken by the data packets to complete a round trip from your computer to the host and back to your computer. The time is shown in milliseconds and it should be ideally less than 1000 milliseconds (1 second). If it’s more than that then most probably there’s a problem with the network or the website’s server.

The Ping command also accepts parameters or options which tell it to carry out different operations. The complete list of the parameters Ping command accepts can be listed using the command