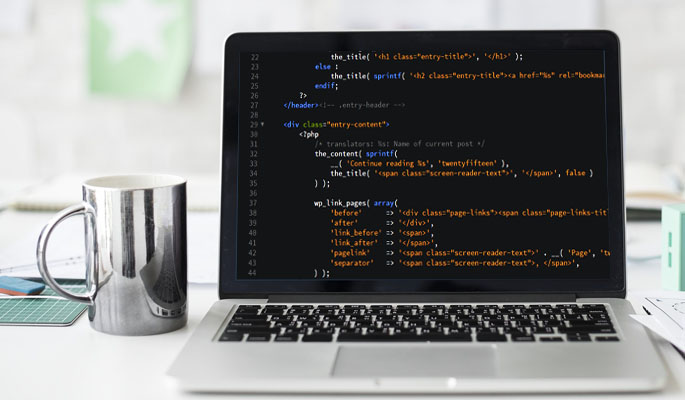 “Code is Poetry” a phrase which was coined by WordPress, the popular content management platform which needs no introduction. Code is the poetry which the machines or more specifically, computers understand  and love but can’t write on their own. Although recent developments in Artificial intelligence have created algorithm and machine learners which can generate their own code and algos, most coding is still being done by developers and programmers.

Even, normal tasks on the internet like using hashtags on social media, searching on Google, embedding maps or social media shares in web pages is done by using small code snippets.

So, whether you are a professional programmer, a wannabe developer or manage your own website or blog, you probably know a little bit about coding and how it works.

A code can be written even in an application with most basic functionality like the Notepad or a text editor but  choosing the right code editor would help you in being more efficient and productive and achieve faster results.

A modern code editor comes loaded with tools and features which assist you in writing code and in avoiding common mistakes like, missed semi-colons (;). It would alert you of any syntax error and automatically indent your code so that it looks pretty and readable.

Here, we have made a list of some of the most popular code editors which are suitable for beginners as well as professional developers.

Brackets is a code editor with primary focus on web development. Brackets introduces itself on it’s website as

It was developed by the Adobe Systems. Brackets is cross-platform, available for macOS, Windows, and most Linux distros. The main purpose of brackets is its live html, css and java script editing functionality. It supports functions like

Put your mouse cursor on that ID, push Command / Ctrl+E and Brackets will show you all the CSS selectors with that ID in an inline window so you can work on your code side-by-side without any popups.

It Supports live preview mode where it launches your web browser (works best with Chrome) and shows a live preview of you html and java script code as you make changes. Also you can see where your CSS selector is being applied in the browser by simply putting your cursor on it. It’s a code editor with the convenience of in browser development tools.

With Brackets you can use Quick Edit and Live Highlight with your LESS and SCSS files which will make working with them easier than ever.

It provide all the modern features for web developers like the CSS color picker which lets you choose and edit the css color code directly from the code editor.

You can install extension to add extra functionality to you code editor.

You can choose a lighter theme with white background or darker background with light colored text.

Notepad++ is perhaps the fastest, most lightweight and most popular code and text editor. It provides the most basic functionality for a code editor and supports multiple language. It describes itself as a Green Code Editor as it uses less CPU power and resource on your computer thus reducing its carbon footprint.

If you are a beginner and need a most basic code editor which is fast and lightweight with limited functionality then Notepad++ is the right choice for you. It also has a Notepad++ online community where you can get answers to your queries.

However, Notpead++ needs third party applications like Wine if you need to install it on macs as Notpead++ was developed to run in Windows environment and uses Windows system APIs

Atom is an open source code  and text editor. All core Atoms Packages are available under MIT licence. It is built with HTML, JavaScript, CSS, and Node.js integration. It runs on Electron, a framework for building cross platform apps using web technologies.

Comes preinstalled with 4 User interface themes and 8 syntax themes with both the light and dark color. It has a online community of theme developers. It also lets you customize the theme and UI with custom javascript and css.

You can choose from thousands of open source packages or extensions which bring added functionality to Atom editor.

It supports most of the basic features like Split pane or tabs, smart auto completion and can open multiple projects in one window.

Apart from common features it uses something which Microsoft calls IntelliSense. It goes beyond syntax highlighting and autocomplete, IntelliSense, provides smart completions based on variable types, function definitions, and imported modules.

It has Git commands built-in. Working with Git and other SCM providers has been made easier. It reviews diffs, stage files, and make commits right from the editor. Push and pull from any hosted SCM service.

You can install extensions to add new languages, themes, debuggers, and to connect to additional services. Extensions run in separate processes so that they don’t slow down the editor.

It describes itself as “A sophisticated text editor for code, markup and prose”. Sublime Text is available for Mac, Windows and Linux.  Sublime Text uses a custom UI toolkit, optimized for speed and beauty, while taking advantage of native functionality on each platform.

Key bindings, menus, snippets, macros, completions and more – just about everything in Sublime Text is customizable with simple JSON files. This system gives you flexibility as settings can be specified on a per-file type and per-project basis.

RECOMMENDED: Create a Desktop Shortcut to quickly Lock your PC